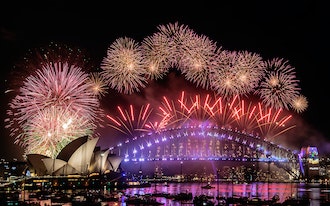 Starting at 6 pm, watch pre-show entertainment including aerial performances and live performances from the ABC concert at the Sydney Opera House. Later that evening watch the Light Parade followed by the famous renowned fireworks on the Sydney Harbour Bridge.

Secure your international plans with your CUI Concierge today!