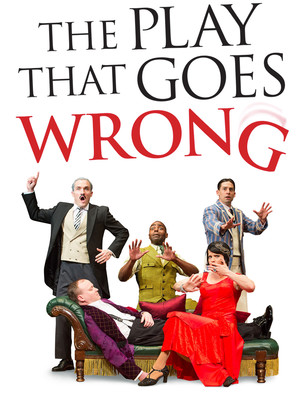 Broadway & London’s award-winning smash comedy, The Play That Goes Wrong can be described as what would happen if Sherlock Holmes and Monty Python had an illegitimate Broadway baby! Filled with mishaps and madcap mania, this class murder mystery brings humor to situations where things quickly go from bad to utterly disastrous. The Play That Goes Wrong is two hours with one intermission.